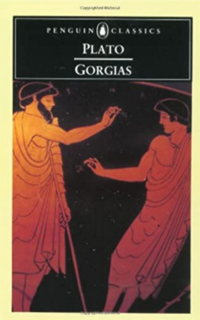 One of Plato’s most dramatic dialogues, the Gorgias shows Socrates challenging the dominant educational model for the elite in ancient Athens. Teachers such as the title character Gorgias instructed students on how they could impress and manipulate crowds and so gain political power. Socrates exposed Gorgias and his students as superficial, not as powerful as they pretended, and liable to turn into demagogues. While they thought they could amass power, they in fact could do little more than flatter the crowds and hope for their support. The dialogue raises the question, Can you be a popular leader in a democracy without being lured into demagoguery?

James Baldwin, The Fire Next Time 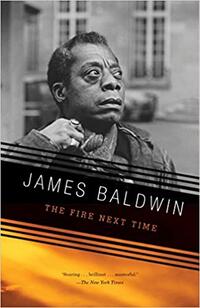 When Ta-Nehisi Coates wrote Between the World and Me as an open letter to his son in 2015, he was self-consciously following the form that Baldwin had used in this amazing 1963 book. Baldwin’s effort consisted of two letters to his nephew on the one hundredth anniversary of the Emancipation Proclamation. Partly a memoir about growing up in Harlem and his love of, and then disillusionment with, his church, partly an examination of the legacy of racism and the country’s failure to address it, Baldwin’s book addressed both Black and white audiences just as the Civil Rights Movement was gaining broader support. Baldwin was first and foremost a fiction writer, and he addresses the social and political matters from the humanistic perspective of an artist. Honest, clear-sighted, willing to face hard truths but unwilling to give up hope, the book offers insights as relevant today as they were when it was first published. 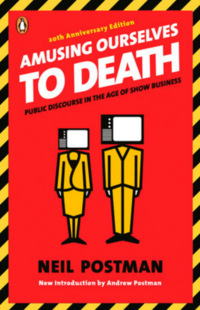 Neil Postman, Amusing Ourselves to Death

Originally written in the 1980s as a criticism of the effect that television was having on our ability to debate political matters with the seriousness they deserve, the book now reads as a far-sighted warning about how deeply the media influence our habits of thinking and talking. Easily applied to today’s social media, Postman’s argument forces us to think hard about our desire to be entertained. Why do television newscasts use dramatic music that belongs in movies? Why do we flock to forms of engagement that require short attention spans and superficial emotional responses, rather than reasoned argument? We can’t leave our media technologies behind, but can we at least ensure that they do not undermine our ability to govern ourselves well?

Jean-Jacques Rousseau, Discourse on the Origin of Inequality 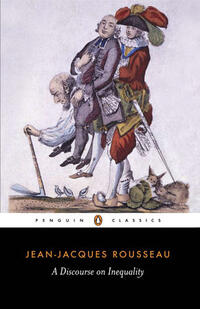 Among the canonical philosophers in the western tradition, no one hated inequality more intensely than Rousseau did. In this essay he asks, What are the deepest roots of inequality? He looks not just a few decades into the past of this or that country, but deep into the prehistoric past of the human species. He reconstructs the moment at which humans began to compare themselves to one another and to crave recognition of their superiority, the beginnings of a market economy, and the loss of innocence that has left us in the corrupt and disappointing world he thought modern societies offered. An astonishingly creative and far-reaching essay, Rousseau’s work challenges us to see just how deeply inequality is embedded in the human condition, even as it insists that human beings were naturally good.